In this episode, we speak to Christophe Pasquier, Founder & CEO of Slite. A passionate entrepreneur, Chris has already been involved in building two startups before Slite. Now, having worked on it for 4 years, he feels he has finally found the idea he is ready to spend the next few decades on.

Slite started with a simple motto: “Note app for teams”. However, after the launch of their product, they realised teams were solving various use-cases through Slite. They have since expanded their vision to encapsulate all documentation for teams. The mission is to change the way people work, through the use of a higher amount of async.

After a successful alpha & beta launch, Slite applied and got through Y-Combinator. Chris shares how the very brand of YC results in an enormous appreciation in the valuation of a startup.

Slite is the first company on our show that has grown from an in-office setup to a hybrid one to now a fully-remote company. Chris narrates these changes and mentions how these transitions were very organic and that everyone slowly settled into the remote setting. He recognises the need to be intentional in such a setup and says that frequent 1-on-1s with his colleagues has been a key part of Slite’s success in this model.

With the Slite product achieving a high-level of acceptance amongst the early adopters, the team is preparing to really ramp-up customer acquisition. To this end, Chris has just hired the Head of Growth. He observes that the ability to hire the very best without any geographical restrictions has been an absolute boon.

He does feel that remote hiring still has its problems, especially concerning the inability to form uniform contracts with every employee in the team. This is one area he believes that the remote market needs to solve for. 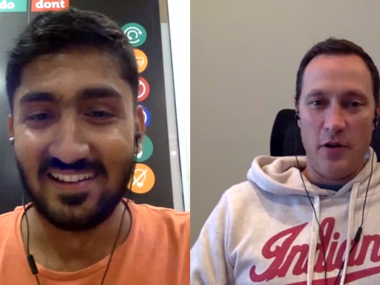 Read More
Show Notes In this episode, Dave, Co-founder & CEO of Hubstaff, joined us. Dave has been an entrepreneur…
1
0
0 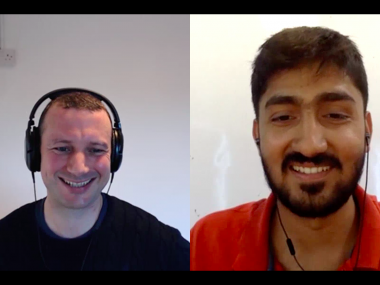 Read More
Show Notes Shane Evans, Co-founder & CEO of Scarpinghub, joined us on this episode of the Remote Working…
1
0
0

Co-founder, Flexiple. A tech enthusiast who believes in the importance of execution over strategy

Get our weekly newsletter delivered to your inbox